Chiropractic care has been around in some form for a very long time, but the profession

as a formal means of medical healthcare is over 100 years old. It has constantly evolved and improved in the past century-plus to ensure that patients get the very best care available to live a long and healthy life. Here’s a look at the history of the holistic, non-invasive and whole body approach to wellness and health that we know as chiropractic care.

The Origins and History of Chiropractic Care 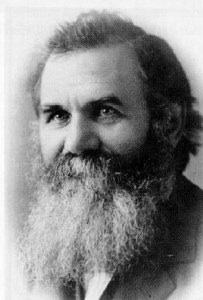 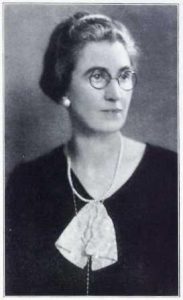 The very first spinal adjustment on record was performed in 1895 by Dr. D. D. Palmer. Dr. Palmer developed the techniques and philosophy of the discipline known as chiropractic care. He was the very first person to diagnose and define the problem of vertebral subluxation, or misalignments in the spinal column which place pressure on the nerves and negatively affect overall body function.

Dr. Palmer’s daughter-in-law, Mabel Heath Palmer, carried the science forward and became the first female chiropractor in 1905, her son David later picking up the torch and carrying the legacy forward. The Palmer School of Chiropractic was later founded and helped to pave the way for many new chiropractors to learn their science and hone their skills. Today, dozens of chiropractic schools exist across the United States.

The Evolution of Chiropractic Care

Over the past 120-plus years, chiropractic care has continually evolved and grown as our knowledge of the human body has improved. The core concept, however, has always remained the same: the human body is an incredible machine capable of astounding self-healing. It just needs help on occasion to correct interferences of its natural systems.

Where once, chiropractic relied upon touch and feel to diagnose problems, we now have advanced diagnostic tools and scanning that allow us to pinpoint the exact vertebral misalignment. We also have specialized equipment that allows for precise adjustment of spinal problems to augment the traditional manual manipulation.

At Pinnacle Family Chiropractic, Dr. Chris Buccieri and his entire experienced staff are trained and experienced with the history, techniques, philosophy and practices of chiropractic care. We are overjoyed that chiropractic is gaining more recognition and respect as a field of  healthcare, and proud of the many people we have helped over the years. We pride ourselves on delivering the best in holistic natural healthcare services to keep you feeling healthy and happy. Give us a call to book your next appointment today.

The Benefits of Chiropractic Care

If you are injured during physical activity, through a car accident or a slip-and-fall, you may experience a misalignment of your spine that is responsible for a range of aches, pain, soreness and lack of mobility and function. Likewise, poor posture can result in decreased strength, mobility and in soreness, stiffness and pain. Regular trips to a Wilmington chiropractor like Dr. Chris Buccieri can correct these underlying problems and get you feeling like new once more.

Everyone from newborns to the elderly can benefit from regular chiropractic care, including addressing symptoms like headaches, back and neck pain, stiffness, joint pain, mood swings and a range of other disorders, some of which you may not even realize come from a spinal subluxation. A chiropractor, through gentle, non-invasive, hands-on techniques can alleviate your pain and get you back to a lifetime of health and wellness.